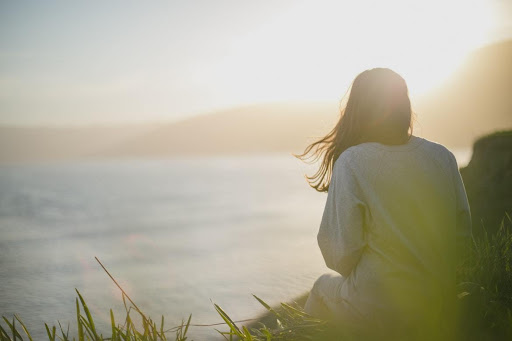 The menstrual cycle is a natural phenomenon that takes place in the female reproductive system. The average woman menstruates after four weeks each month, lasting from three to eight days, and blood loss ranges from 5ml to 80ml. Each cycle usually lasts between 21 – 35 days. Understanding what this means in women’s health and how it works can help you know when your next menstruation will start.

This article will discuss the four phases of the women’s health period cycle: The menstrual phase, follicular phase, ovulation phase, and luteal phase.

The first day of your period is considered the start of this cycle. During the menstrual phase, estrogen and progesterone levels are low while a woman experiences menstruation or vaginal bleeding due to shedding uterine lining. The amount of blood lost during periods can vary from one person to another, but it typically lasts between three to eight days.

The follicular phase starts on the first day of menstruation, and this phase typically takes place from day six to 14. Prompted by the hypothalamus, the pituitary gland releases follicle stimulating hormone (FSH). The growth of the follicles stimulates the lining of the uterus to thicken in preparation for possible pregnancy.

A mature egg will be released from one of the two ovaries and travel to the uterus through the fallopian tube. This usually happens around two weeks before menstruation starts. During the follicular phase, there will be a rise of oestrogen in the body. When the hypothalamus in the brain recognises these rising levels, it releases a chemical called gonadotrophin-releasing hormone (GnRH). This hormone prompts the pituitary gland to produce raised levels of luteinising hormone (LH) and FSH.

The hormone progesterone increases while estrogen decreases, causing changes to take place in your body during this time. Your cervical mucus becomes thinner and slightly stretchy, which is to help sperms move through the cervix into the uterus to meet up with an egg released during ovulation.

Following ovulation, your body enters a new phase called the luteal phase, where progesterone production increases even more. A woman may experience breast tenderness and cramping or bloating during this time due to increased levels of progesterone. The uterine lining continues to thicken in preparation for a possible pregnancy. If the egg is fertilized by sperm, it attaches itself to the uterine lining, and pregnancy begins.

When the egg is not fertilized after ovulation, your body stops producing progesterone causing estrogen levels to rise again, which causes menstruation or bleeding once more in preparation for a new follicular phase.

If you want to get pregnant, it’s best to have intercourse within 24 hours of ovulation. If you don’t want to get pregnant, avoid having sex during your fertile days, which are typically days 11 to 19 of your cycle. Understanding your reproductive system helps you be always ready for your next period.

You are one step closer to achieving healthy, pain-free periods! With Scarlet, you can experience the healing benefits of nature’s finest ingredients to keep you happy all year round.

Subscribe to stay up to date on all things Scarlet
Thank you for subscribing! Please check your inbox.
Oops! Something went wrong while submitting the form.
Why Scarlet
Our StoryResearchHow it's EffectivePurchase as a GiftScarlet X Innerfyre Co
My Account
Order NowLog InRefer a FriendAffiliates
Contact and Support
Help Centre & FAQContact UsEmail
Follow Us
Facebook
Instagram
LinkedIn

© 2022 The Scarlet Company. All right reserved.
Privacy PolicyTerms of Service