The hot debate around ‘period leave’. Yea or Nay? 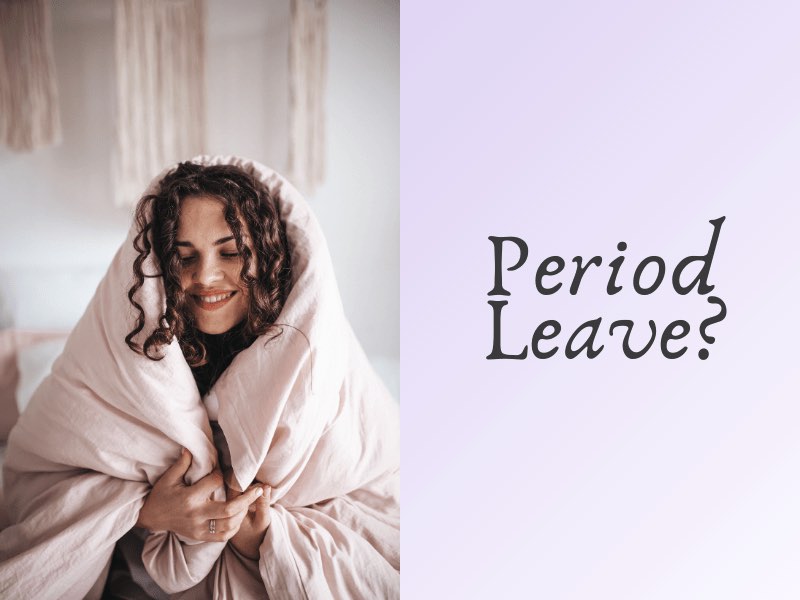 “Be courageous, put on a brave face, hide your pain, and go to work. You’ll have to endure it just for a day or two. Best to save a day off for when you’re genuinely sick.”

Sound familiar? How many times have you thought about taking a day off from work because period pain or other symptoms were unbearable?

IN SINGAPORE, ACCORDING TO YOUGOV:

According to an online survey by YouGov, for 53% of women in Singapore, period pain  can affect their ability to work. About a third of these women told their employers why they weren't able to work that day - more than half either (a) didn’t tell their employers that they were feeling unwell or (b) gave a different reason for their unwellness. And only 25% actually took a day off from work.

Recently, New Zealand announced paid leave for couples who had been through a miscarriage, and the news was received with mostly positive feedback online.

THE PERIOD LEAVE DEBATE AND FACTS AROUND THE WORLD:

In contrast, menstrual leave (which provides time off to menstruating women who are unable to work) has long been a topic of debate. Surprisingly, the policy has been in effect as early as 1947 in Japan, and later in countries like Indonesia, South Korea, Taiwan and Zambia. While many women took it up when it was first introduced, it is now surrounded by stories of discrimination and harassment.

As a progressive move for women’s health and rights at the workplace; companies including Coexist (U.K.), Culture Machine (India), Gozoop (India), and the Victorian Women’s Trust (Australia) have started to implement different types of ‘period leave’. But they have been met by debate and discussion, especially in the U.K. and U.S., where the policy is almost non-existent.

A 2019 U.S. study showed that while 42% of participants supported a menstrual leave policy, 49% believed that this policy would have negative effects in the US., and 20% thought it might be perceived as unfair to men. One article, published by The Guardian in 2017, called it ‘silly’, arguing that it might unintentionally reinforce sexist beliefs and gender stereotypes.

Here’s some info to help you form an opinion, before you decide - ‘Yea or Nay’!

THE YEAS FOR PERIOD LEAVE:

THE NAYS AGAINST PERIOD LEAVE:

AT THE END OF THE MONTH:

Periods are a natural part of every woman. As natural as breathing, eating or visiting the loo~

We all need to acknowledge what mamma nature has created, with curiosity and an open mind… And at Scarlet, we believe in the power of natural remedies, and that nature knows best. We hope to help optimize women's menstrual health and overall performance so that every woman can live up to her fullest potential; and to destigmatize conversations around periods.

A space to talk openly about periods doesn't just spark more candid discussions like the one around menstrual leave; but also opens a path to new workplace benefits in the future (such as those created by Jacinda Arden’s government), or new movements like Equal Pay Day!

You are one step closer to achieving healthy, pain-free periods! With Scarlet, you can experience the healing benefits of nature’s finest ingredients to keep you happy all year round.

Subscribe to stay up to date on all things Scarlet
Thank you for subscribing! Please check your inbox.
Oops! Something went wrong while submitting the form.
Why Scarlet
Our StoryResearchHow it's EffectivePurchase as a Gift
My Account
Order NowLog InRefer a FriendAffiliates
Contact and Support
Help Centre & FAQContact UsEmail
Follow Us
Facebook
Instagram
LinkedIn

© 2022 The Scarlet Company. All right reserved.
Privacy PolicyTerms of Service