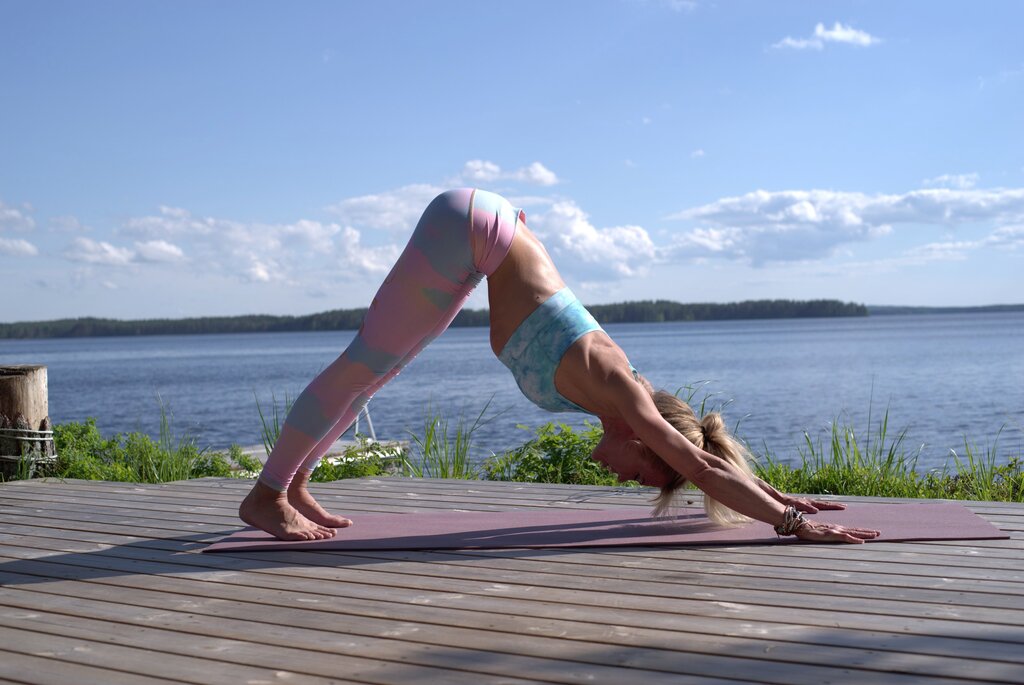 Being active is such an important part of life, and has so many great benefits for our minds and bodies! These benefits include increased energy levels, muscle growth, even a positive and accomplished mindset due to the release of endorphins. For women, exercise can also act as a remedy to common PMS symptoms such as bloating, mood swings and, in some cases, a pain reliever during your period.

Talking about relief from our PMS symptoms, one major thing that really makes us hate our bodies is bloating. Bloating occurs when progesterone levels fall, causing our cells to become swollen with water, thus making us feel like a balloon, potato, or whatever round object you choose to compare yourself to. One way to counteract bloating, the answer is probably obvious, regular exercise! We’ll talk about some more specific moves later, but anything that can get you sweating will help release some of that irritating fluid buildup.

Other PMS symptoms such as headaches, breast soreness, and cramping can also be helped through chemical reactions that occur in the body. During exercise, your body releases endorphins that have a similar effect to that of Morphine, which is a strong painkiller often used in hospitals after major surgeries.These endorphins interact with the receptors in your brain that then lessen the amount of pain that is felt, and also create a positive feeling such as after taking Morphine.

How Much Should You Exercise?

When you are on your period, your hormone levels are going to be at their lowest, which causes you to feel less energetic than normal and more fatigued. This shouldn’t stop you from exercising, though. In fact, many women are able to keep up their normal routine without any issues. However, because your body is more worn out than usual, you want to make sure not to overexert yourself. While you’re on your period could even be a better time to try out some new workout routines such as light cardio, aerobics, and yoga.

Get $10 off your first order

Thanks! Keep an eye on your inbox!
Oops! Something went wrong while submitting the form.

If you’re trying to ease up on intensity, but still want something that gives you a good sweat, try doing some aerobic exercises or light running. Aerobic exercises include water aerobics, swimming, bicycling, and many more. Even a good run, or as simple as a brisk walk, can still get your heartrate going without too much exertion.

Yoga is a personal favorite of mine as it tends to be more methodical and relaxing. There are also specific routines and poses you can do that focus on alleviating discomfort due to menstrual pain. These poses often focus on areas such as the lower back, abdominal muscles, hips, and spine to release tension buildup. These can include Child’s Pose, Standing Forward Fold, Knees-to-Chest Pose, and Reclined Spinal Twist. Cat-Cow Pose is also a good one for warming up the body, which is known for relieving cramp pains.

Our bodies have a flow where hormones are constantly raising and lowering. The better we can follow that flow and work with it, the better we will feel overall. Making sure that we stay in tune with our energy levels and how much our bodies can handle when it comes to exercise will only benefit us. You want to avoid straining yourself too much when your body says, “I’m tired.” Also, take the opportunity to try some new forms of physical activity. You may find something that works better for you, or maybe a new natural remedy for menstruation symptoms and side effects. Bottom line is, always maintain a positive attitude through it all, and keep on moving!